Looking for a Parking Lot Paving in Wexford 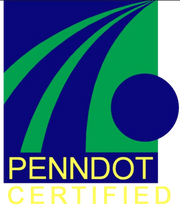 The town was founded by the Vikings in about 800 AD. They named it Veisafjǫrðr, meaning "inlet of the mudflats", and the name has changed only slightly into its present form. According to a story recorded in the Dindsenchas, the name "Loch Garman" comes from a man named Garman mac Bomma Licce who was chased to the river mouth and drowned as a consequence of stealing the queen's crown from Temair during the feast of Samhain.

For about three hundred years it was a Viking town, a city-state, largely independent and owing only token dues to the Irish kings of Leinster. However, in May 1169 Dermot MacMurrough, King of Leinster and his Norman ally, Robert Fitz-Stephen, besieged Wexford. The Norse inhabitants resisted fiercely until the Bishop of Ferns persuaded them to accept a settlement with Dermot.

Wexford was an Old English settlement in the Medieval Period. An Anglic language, known as Yola, was commonly spoken in south Wexford until it began declining in the mid-19th century. However, Yola was not officially extinct until the 1998 death of the last speaker, a local fisherman from Kilmore Quay named Jack Devereux. The Yola name for Wexford was Weiseforthe.

Following the Crusades, the Knights Templar had a presence in Wexford. Up to the present, their name is perpetuated in the old Knights' Templars' chapel yard of St. John's Cemetery, on Wexford's Upper St. John's Street.

County Wexford produced strong support for Confederate Ireland during the 1640s. A fleet of Confederate privateers was based in Wexford town, consisting of sailors from Flanders and Spain as well as local men. Their vessels raided English Parliamentarian shipping, giving some of the proceeds to the Confederate government in Kilkenny. As a result, the town was sacked by the English Parliamentarians during the Cromwellian conquest of Ireland in 1649. Many of its inhabitants were killed and much of the town was burned. In 1659 Solomon Richards was appointed Governor, but he was dismissed and imprisoned following the Restoration the next year.

Wexford's early- and mid- 18th-century history is less frequently remembered than later periods, however, the impact of this period is evident from the architectural fabric of the town such as the gabled Dutch Billy houses such as on Main Street.

Redmond Square, near the railway station, commemorates the elder John Edward Redmond (1806–1865) who sat in the House of Commons of the United Kingdom as a Liberal Member of Parliament (MP) for the city of Wexford. The inscription reads: "My heart is with the city of Wexford. Nothing can extinguish that love but the cold soil of the grave." His nephew William Archer Redmond (1825–1880) sat as an MP in Isaac Butt's Home Rule Party from 1872 until 1880. Willie Redmond sat as an MP for Wexford from 1883 until 1885. The younger John Redmond, was a devoted follower of Charles Stewart Parnell and leader of the Irish Parliamentary Party until his death in April 1918. He is interred in the Redmond family vault, at the old Knights' Templars' chapel yard of St. John's Cemetery, Upper St. John's Street.

Redmond Park was formally opened in May 1931 as a memorial to Willie Redmond, who died in 1917 while serving with the 16th (Irish) Division during the Messines offensive and was buried on the Western Front.